It’s easy to get confused when buying chicks for the first time. Should a family buy a breed”, “hybrid” or “sex linked” chick?  It’s helpful to know what these terms mean.

It was once simpler.  Chicken husbandry started before the dawn of history when people in Southeast Asia caught and domesticated wild jungle fowl.  For thousands of years chickens were so useful for producing food that they spread to nearly everywhere people lived.  For most of history chickens were mongrels roaming around villages and towns and mating without human interference. These were tough birds well adapted to their local climate and food sources. Unfortunately, they weren’t very productive of either eggs or meat.

As human numbers increased, people needed more food so poultry keepers began systematically mating chickens to produce offspring that laid more eggs, grew faster, or had interesting feather colors and patterns. The late 1800s and early 1900s were the golden age of poultry when many chicken breeds were developed. Back then millions of families kept flocks for food, and showing birds at fairs was a popular hobby. 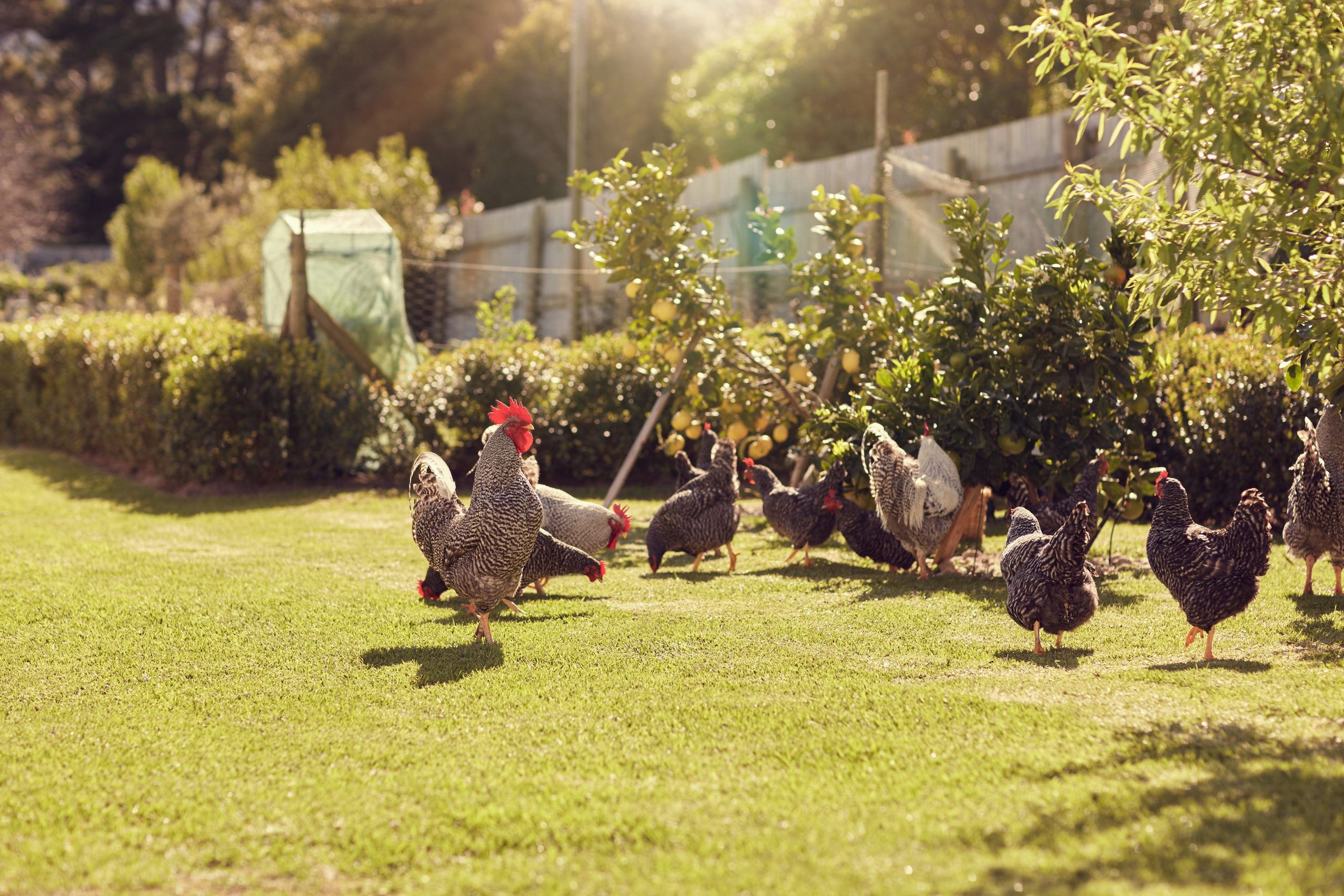 The need for more eggs and chicken diversity for show inspired the development of breeds that range from tiny bantams to massive Jersey Giants. Feathers of almost any hue with intriguing patterns also were developed through careful mating.

Today there are hundreds of chicken breeds, but just what is a breed?  According to Iowa State University Distinguished Professor of Agriculture Dr. Susan Lamont, a breed is defined by externally observed qualities and breeds true. This simply means that someone buying chicks of a certain breed will know what they will look like and how well they’ll lay as adults.  Mate males and females of the same breed and their offspring will look, act, and produce eggs and meat about the same as their parents. It’s called “breed true.”

Most breeds sold by Hoover’s have been around for a century or more and have stood the test of time. Plymouth Rocks, New Hampshire and Rhode Island Reds, Orpingtons and many others are hardy, beautiful and productive.  It gets complicated because some breeds have different color variants. For example Plymouth Rocks can be barred, white, Columbian, or buff yet share a common physique, temperament, and eggshell color. There are also color variants of leghorns, brahmas, and other breeds.

Many breeds are registered with the American Poultry Association and are listed in the Standard of Perfection. The book includes a description on how each breed should look and is an essential resource for anyone planning to show chickens. Not all breeds are listed, simply because many are new and no one has gone through the rigorous process of listing them.

There is a hybrid downside. Mate hybrid roosters with hybrid hens, and their offspring will likely look different and, usually, be less productive than their parents.

Another term in the Hoover’s catalog is “sex linked”.  Most sex-linked chickens are hybrids, developed to make it easy to tell baby males from females. For most people male and female chicks of standard breeds, like New Hampshires, look exactly the same. Customers usually want females, so separating the genders must be done before chicks are shipped. Hoover’s hires highly skilled sexors able to separate the genders by quickly examining them.  In contrast, it is easy for anyone to tell baby female from male sex-linked chicks, since each gender has a different colored downy fuzz covering its body. Most sex linked pullets are highly productive layers. ISA Browns are an example, but there are many others.

Most modern families keeping a small backyard flock usually don’t want roosters, meat strains, or show chickens. It makes buying the right baby chicks relatively easy.  It doesn’t matter whether they are hybrids or a breed. Order chicks best suited to the family’s needs.  Want big, friendly, hens that are fairly good layers? Brahmas, Australorps, and Orpingtons are perfect.  Want the very best egg layers?   Any of egg laying hybrids Hoover’s sells will be perfect. Or Leghorns are a pure breed that lay like fury but are noisy and nervous. For the best of all worlds most old-fashioned breeds, like Plymouth Rocks, Reds, Wyandottes and a few others are the best.  Want birds with unusually colorful feathers or ones that lay dark brown, blue or green eggs? Study the catalog and order chicks just right for the family.