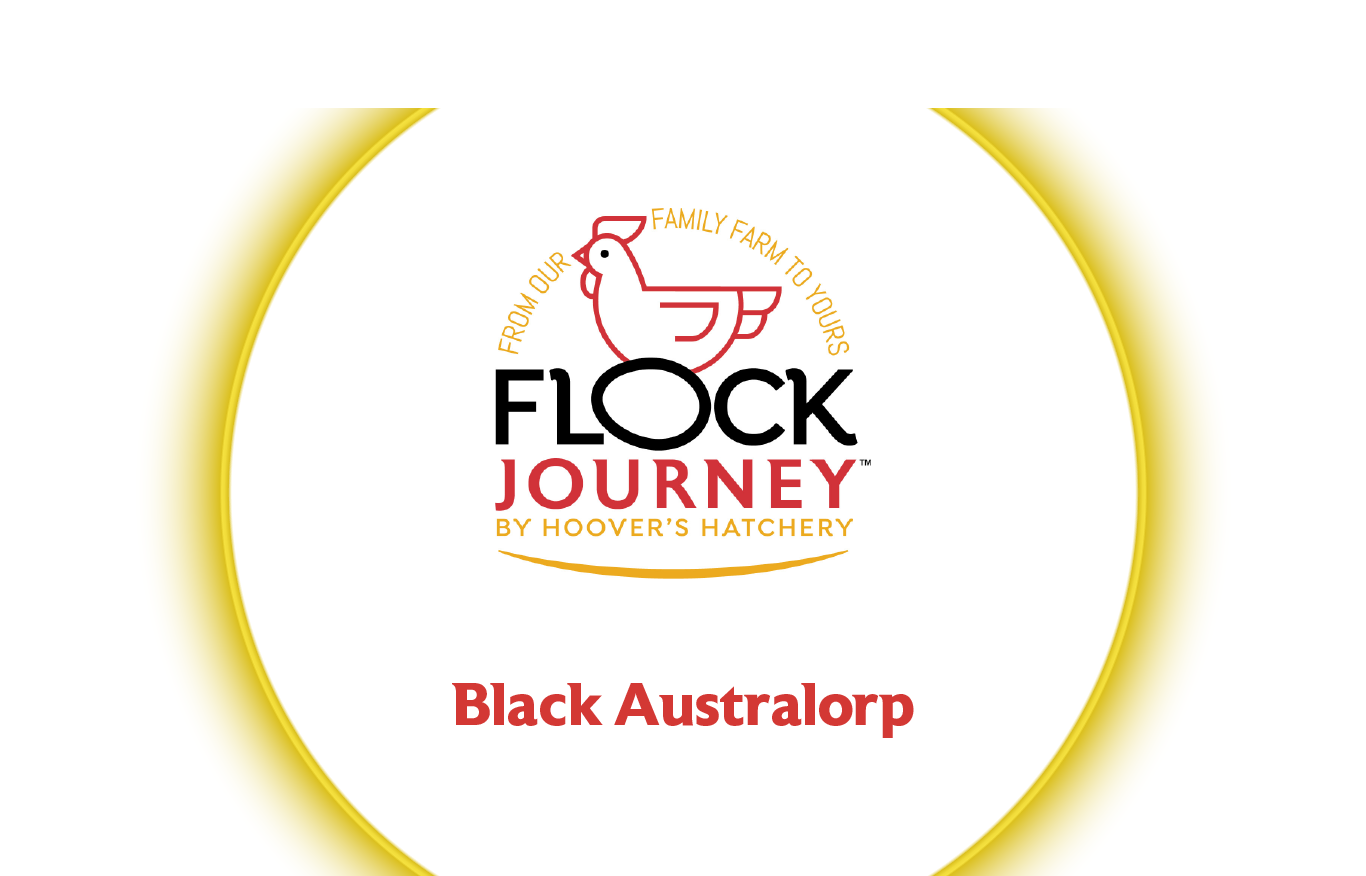 The Australorp originated in Australia and was initially named the Australian Black Orpington. Australian breeders selected these large Black Orpingtons because of their efficient egg production and Orpington shape. During the 1920s, an Australian Black Orpington once broke the record in an egg trial by laying 364 eggs in 365 days. By 1929, the name of this breed had been changed to Australorp. Today, the Australorp is still a favorite egg producer for small and backyard flocks, laying approximately 250 medium brown eggs yearly. Despite their record-breaking egg production, Australorps are a dual-purpose breed that grows at a reasonable weight, weighing between five to six pounds at maturity. Adult plumage is pure black with an intense beetle-green sheen that is breathtaking when seen in the sunlight. Their legs and toes are also black, while the bottoms of the feet are white. Chicks have black backs with yellow underbellies and orange legs.