During the past few years thousands of American families have started a backyard chicken flock. Bringing a breakfast’s worth of fresh eggs into the house is as prideful and delicious as growing and enjoying home grown vegetables.
Gardening is legal and encouraged everywhere. Sadly, some towns have enacted ordinances banning chickens inside city limits. The good news is that change is sweeping the nation. Town and city councils all over are recognizing that citizens want to legally keep a small flock, and they realize that it can be done without causing problems. So, many towns have changed anti-chicken ordinances to allow families to keep a flock under certain conditions.
In 2020 with the coronavirus creating angst, more than ever, families are buying chicks to raise for eggs and meat. Anyone interested in buying chicks and eventually housing them in a backyard coop should first check to make sure it’s legal in their town. Most municipalities list ordinances on their website, so this is a good place to start research. It may be even quicker to call the city clerk to ask if chickens are permitted. If the answer is, “yes” a family has the legal ability to begin keeping chickens as long as they follow local rules. If it is “no”, don’t give up. When approached properly the council just might alter the ordinance to allow it. Ordinance change is democracy in action. 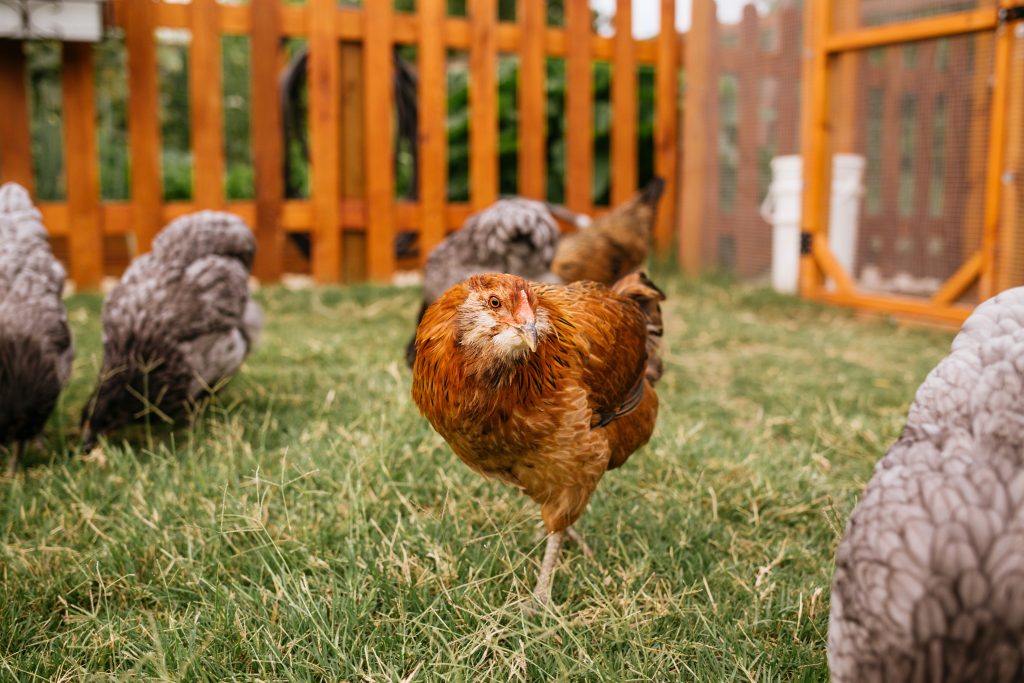 Anti-Chicken Ordinances
Before World War II keeping chickens in town was common, even in huge cities like New York where it is still practiced today. The backyard flock helped put food on the table. During World War II, the government encouraged homeowners to plant victory gardens and actually encouraged citizens to keep one or two hens per family member for eggs. During the war many families produced upwards of 40% of their food in their yard, freeing up commercially produced eggs and vegetables to feed soldiers and sailors.
That quickly changed after the war. As millions of baby boomers moved into new suburbs an era of tidy lawns sporting a few lollipop trees began. Everything had to be tidy. Neither suburbanites nor local governments wanted farm animals inside city limits. Newly approved ordinances prohibited millions of people from keeping chickens on their own property. Some of those ordinances remain today. But dozens of towns have recently changed course and altered their code to welcome chicken flocks.
Back in 2009 the Indian Creek Nature Center in Cedar Rapids, Iowa, held its first backyard chicken workshop. About 50 people attended. At that time, chickens were banned from this city of 125,000 people. Rebecca Mumaw attended the workshop and was so determined to legally keep a few hens that she, and other attendees, formed a group to encourage the city council to change its law and welcome chickens into municipal backyards.
In her words here’s how she did it
“Des Moines and Ames, Iowa, had never banned chickens, and I first contacted the Ames Animal Control Director. He told me that they never had any problems with chickens in his town. So, I contacted members of the Cedar Rapids City Council. Only about one in three was interested. Fortunately, we were able to form a group of families who wanted to keep chickens. The Nature Center let us meet at their facility and helped connect us,” she said.
She continued, “The small group always remained positive and followed a strategy that often works to encourage action from any political body. Mumaw continued, “Our group formed a list of elements of what we wanted in an ordinance. They included a maximum of six hens, no roosters, no slaughtering, and no chick sales. With the help of a local university professor we developed an information packet that addressed common misconceptions about chickens. Do they smell or are they noisy? Do they attract predators or other pests? What about disease? The council accepted our points and learned that the misconceptions were just that – misconceptions.
“We then began attending city council meetings and usually had three people speak in favor of an ordinance change at every meeting. People from all walks of life participated. Some were young couples with children, others were older, and they generally represented a cross-section of the demographics of town. Each told why they wanted to keep chickens and the benefits to the community. We then started a Facebook Page to show the council we were organized and almost immediately had 1,500 likes.
“We were persistent and always respectful of people who disagreed. Finally, after 18 months, the council voted to change the ordinance and chicken keeping became legal. Now, ten years later I’d say the effort was worth it. Our animal control staff tell me they love working with families who keep chickens because they are so responsible and cause few problems.”
Like many families Rebecca Mumaw loves her small flock. She likes knowing where her family’s food comes from. Kitchen scraps and garden weeds help feed her hens, and their droppings are excellent fertilizer.
Since Rebecca Mumaw led a successful effort to change the town’s code to allow chicken keeping many other communities have modeled new ordinances after Cedar Rapids’. Ordinance change is happening all over the country, but many municipalities still ban small flocks. The time is right for change, and forming a group like Rebecca Mumaw did and following their course of action may encourage any city council to welcome families to engage in such a pleasant and productive activity by changing their ordinance.
Anyone can access a copy of the Cedar Rapids chicken ordinance by going to https://bit.ly/CROrdinance. It’s a good model. Many other towns have adopted similar, but slightly different, wording.
If someone’s town prohibits keeping chickens keep promoting responsible small flocks. Coronavirus has created anxiety about food security, and any family producing both vegetables and eggs in the yard is less dependent upon the grocery store. City council’s recognize this and many are likely to consider changing their laws to allow it.