Newcomers to chicken care pridefully buy or make their first coop. Some are simple. But, people who love design and carpentry often create coops that are downright elaborate, unique, and complement the architecture of their own house. Their hens live in classy digs.
No matter how comfortable and attractive a coop is, having a second backup one ready for instant use is handy. It won’t be used all the time, doesn’t need to be big, expensive or elaborate, and can be so simple that it is easy to set up quickly and easily when the need arises. Then, it can be folded up and tucked away in storage.
There are at least three situations when a second coop is helpful – a recovery hospital for an ill or injured hen, an isolation coop for new hens to be added to the flock, and a nursery for replacement chicks before they are big enough to mix with mature hens.
The Recovery Hospital
When given good food, clean water, and spacious safe living quarters chickens are amazingly healthy. Once in a while one will be injured or get sick and need to be moved to a second coop. This becomes a recovery hospital. An ill chicken usually is listless, remains in a quiet coop corner, and sometimes has a humped posture. She looks dejected and sad and could have a contagious disease that threatens her healthy flockmates. She needs to be isolated.
An injured bird may have an open wound or sore. Chickens can be downright mean to an injured flockmate and mercilessly peck at her wound, sometimes making it worse or even killing the hapless bird.
An injured or ill chicken should be immediately removed and kept quarantined from the flock until she recovers. Assuming that the wound is minor and the illness not serious, isolating the bird in the secondary coop gives her time to heal. A serious illness or wound may require a trip to the vet. Following treatment she’ll need a quiet private place to recover. A second coop is ideal.
The Isolation Coop
In this era of COVID-19 we’ve learned the value of social distancing. If a microbe can’t reach a person it won’t cause illness. The same goes for chickens. Sometimes the owners of backyard flocks want to add a few birds to the flock, often given to them by a friend or bought at a poultry show. It’s risky. An outside bird may seem healthy yet harbor a disease that could threaten the entire flock.
It’s best to keep new birds isolated from the flock for about a month to make sure they are healthy. If no disease appears it’s likely safe to introduce them to the main coop. As with the novel coronavirus, distance provides safety from infection, so it’s best to set up the isolation coop in a separate building as far away from the flock as possible. 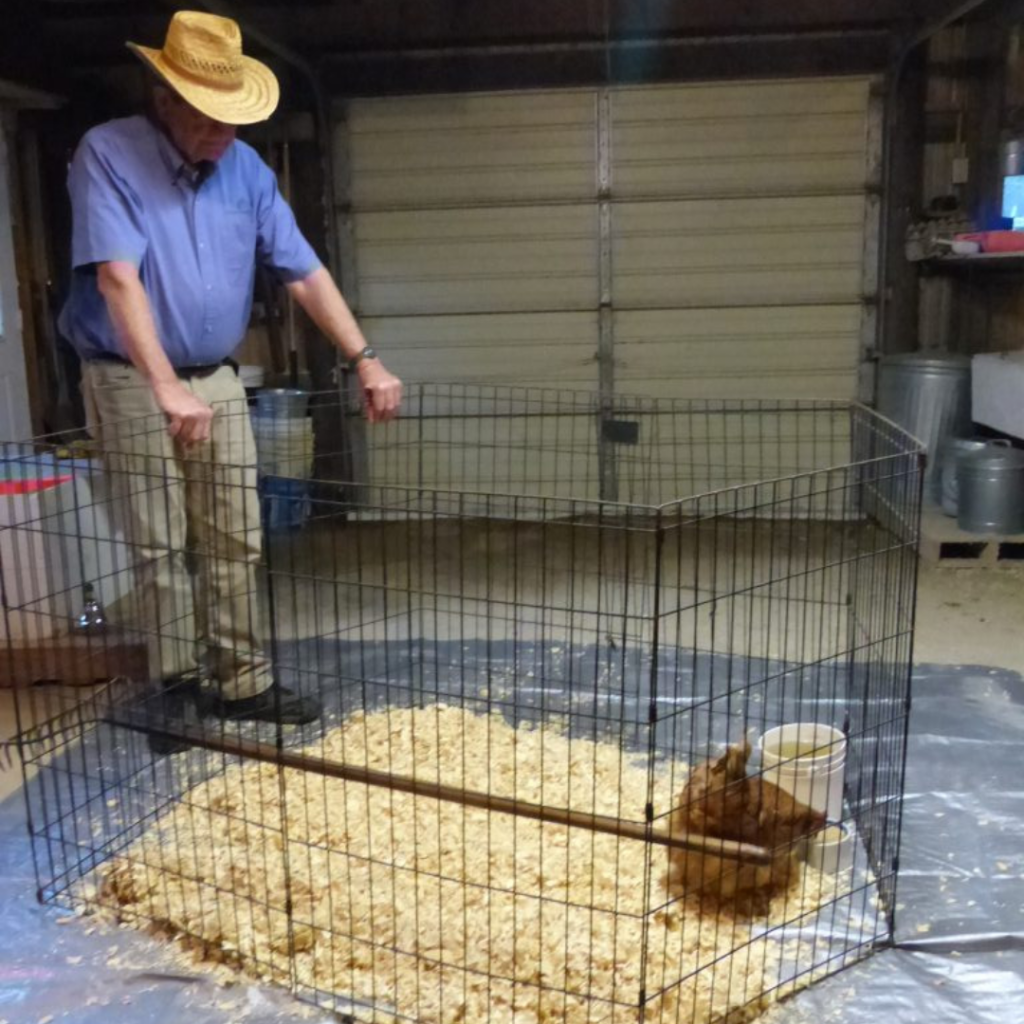 The Nursery
There’s a third situation where a second coop is useful. Often flock owners buy chicks to eventually replace aging hens. Adding small chickens to a flock of adults sometimes leads to persecution of the newbies. To smoothly integrate new birds into a flock of mature hens wait until the chicks are nearly full grown. A second coop becomes a nursery, allowing adolescent hens to grow. When the chicks have outgrown the brooder and sprouted feathers it is time to move them to the second coop and let them live there until they reach full size. Then, introduce them into the coop after dark when the older hens are slumbering.
A Simple Inexpensive Spare Coop
Few families have the space to keep an extra coop that’s only used occasionally. In a pinch a large doghouse, garden shed, or a garage will work, although Fido or the car have to be evicted for a while. In a pinch a large pet transporter can work as temporary housing for one or two injured birds.
A second coop that takes almost no storage space can be quickly made from joined sections of stiff wire mesh sold in chicken and pet supply places. These are made to temporarily confine animals. Most have eight stiff wire mesh panels joined together with clips or wire. When configured in a square or octagon the panels stand upright without extra support. All that’s needed is to fasten the two ends together with soft wire, clips, or cable ties. A sheet of quarter inch plywood or wire screening works perfectly as a roof to keep the chickens from jumping out. This type of coop will not protect birds from predators or the weather. Be sure to set up the structure in a garage or shed.
Chickens living in the second coop need the same things as those in the main coop: clean water, nutritious food, daylight, a roost, and protection from predators and the weather. It’s helpful to keep a spare feeder and waterer ready for when the second coop is needed.
Once the injured or ill bird has recovered or the new hens have been moved to the permanent coop it’s easy to disassemble a temporary coop, fold it up, and tuck it away until needed again.
Building or buying an attractive and safe main coop is an important part of successful chicken raising. Having a spare coop is helpful to house birds temporarily.