Skip to content
Lights Put More Eggs in the Nest

All of today’s hundreds of chicken breeds originated from wild birds stalking the jungles of Southeast Asia. Their distant ancestors were adapted to a hot, humid climate close to the equator where day length doesn’t vary much throughout the year.

It’s a wonder these formerly tropical animals can survive cold dark winters, but the plucky birds do just fine when the temperature drops and days shorten as winter grips the north. There is a problem. Decreasing daylight as fall progresses causes egg production to drop off.  It doesn’t cease but slows just as the winter baking season starts.

Fortunately, hens can be encouraged to keep laying during winter’s chill and darkness by adding supplemental light to lengthen their workday. It’s simple if the coop has electricity.

Hang the fixture and bulb from the coop’s ceiling where the chickens can’t reach it and where the bulb and shade do not touch anything flammable. Plug the lamp wire into the timer that’s also out of reach of the hens. Then plug the timer into the outlet. 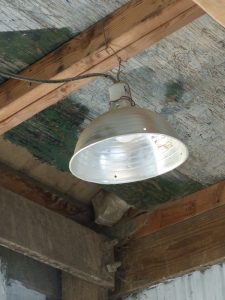 A good date to start supplemental lighting is September 21. That’s the fall equinox when every place on earth receives about 12 hours of sunlight.  Adjust the timer to turn the light on before dawn and turn it off after the sun rises. The timer should be set so the chickens have about 15 hours of light. As days continue to shorten it’s necessary to readjust the timer about once a month to keep artificial plus natural light at about 15 hours each day.

What If There’s No Electricity In the Coop

Technology helps people who don’t have electric power in their coop.

Several companies sell solar powered lights that can be made to work perfectly. It may take some sleuthing to find and assemble the components, but the system works.   Perhaps even better, electricity harvested from sunshine is free!

Incandescent, compact fluorescent and LED bulbs are all on the market. LEDs, for light emitting diodes, are the best for lighting a coop. They consume a tiny amount of electricity, never burn out, and work fine when it’s cold. 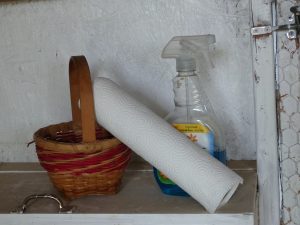 Setting up or taking down supplemental lights at the fall equinox is also a great time to do other semi-annual chores like:

Adding supplemental lights as days shorten in the fall makes it likely that there’ll be plenty of eggs for holiday baking.