Skip to content
Buffalo Gnats: Should You be Concerned for Your Birds?

For several weeks in the late spring and early summer, gnats, flies and other nuisance insects make their arrival known. Most of these are simply a nuisance. However, buffalo gnats, also called black flies or turkey gnats, are more than just a nuisance. They can quickly wipe out livestock, including poultry species.
Why are buffalo gnats a problem?
The female buffalo gnat feeds on blood. Similar to a mosquito, she will bite an animal, or person, in order to draw out blood. She then feasts on the blood. Normally, the body would react to this by clotting the blood, stopping the bleeding. The buffalo gnat is well prepared for this. She has anticoagulants in her saliva that prevent the blood from clotting so that it will continue to flow and she can continue to eat. If enough of these coagulants get into your bird’s bloodstream, they can die from profuse bleeding or hemorrhaging.

Anticoagulants aren’t the only bad news that the saliva carries.  The saliva of buffalo gnats also contains toxins.  These toxins can lead to severe anaphylactic shock that will quickly kill birds.  This toxic shock is similar to a severe allergic reaction.  This is one of the commonly seen ways that buffalo gnats can kill chickens and larger livestock.  The saliva of the buffalo gnats can also carry numerous diseases and parasites.  A threat to the poultry industry is often carried by buffalo gnats- Leucocytozoonosis.  Leucocytozoonosis is a costly disease each year for the poultry industry.  The disease is similar to malaria and is often fatal.  Survivors of the disease have weakened immune systems and reduced reproduction.  Symptoms of Leucocytozoonosis include emaciation, dehydration, and convulsions that are soon followed by death.

Buffalo gnats are attracted to carbon dioxide emissions and will often target the skin around the bird’s face and the nostrils.  Combs and wattles are attacked heavily, leading to bleeding and extreme discomfort.  The buffalo gnats will also swarm the birds’ nostrils in such numbers that they can actually block the respiratory system and cause death.  Buffalo gnats will attack poultry in large, dense swarms and can quickly take out a flock of birds.  There are some reports where as many as 150 birds have died in a single day due to buffalo gnats. 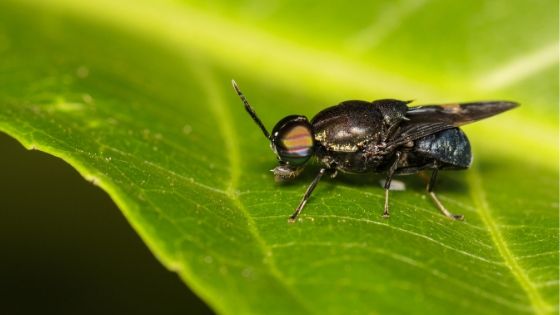 What Can I Do To Prevent Buffalo Gnats?
Unfortunately, buffalo gnats are hard to control. There are a few things that you can do to help your flock until the buffalo gnats are gone. Remember, they only hang around for a few weeks.
Buffalo gnats prey on animals during daylight hours and they don’t like to enter dark enclosures. Keeping your chickens inside of the coop can help. Make sure the lights are turned off. Buffalo gnats also don’t like flying in the wind. You can create wind in the coop by putting a fan up. Cover any vents or windows with fine mesh. There are some reports that vanilla or citronella can help repel the gnats. Sprays such as Permectrin II (active ingredient permethrin) or Ravap (active ingredients tetrachlorvinphos and dichlorvos) can help keep the gnats off of your birds. Reapply the spray as necessary.