Skip to content
Tips on Keeping Your Coop Clean

Your chickens may be pretty and clean themselves, but without your help, they probably won’t keep their coop clean.  Cleaning the coop doesn’t have to be a major ordeal though.  There are a few things that you can consider when designing your coop that will help to keep it clean.  There are also some things that you can quickly do each day that will take less than five minutes.

Are you thinking about building a coop from scratch or modifying the one that you have to make it better?  There are a few things that you can do inside of the coop to make it easier to keep clean.

Next, consider the space that your chickens use to roost.  Chickens like to roost up high, so they’ll choose the highest possible place in your coop to roost.  If the highest possible point is your nesting boxes, that’s where they will roost.  You can make quick and easy roosting poles with broom handles, round rod or tree branches that you’ve cut.  Make sure that the roosting space is higher than other spaces in the coop.  Under the roosting space, you can install a slanted board that will make poop clean up super easy.  Simply scrape the poop off  of the slanted board each day under the roosting space. 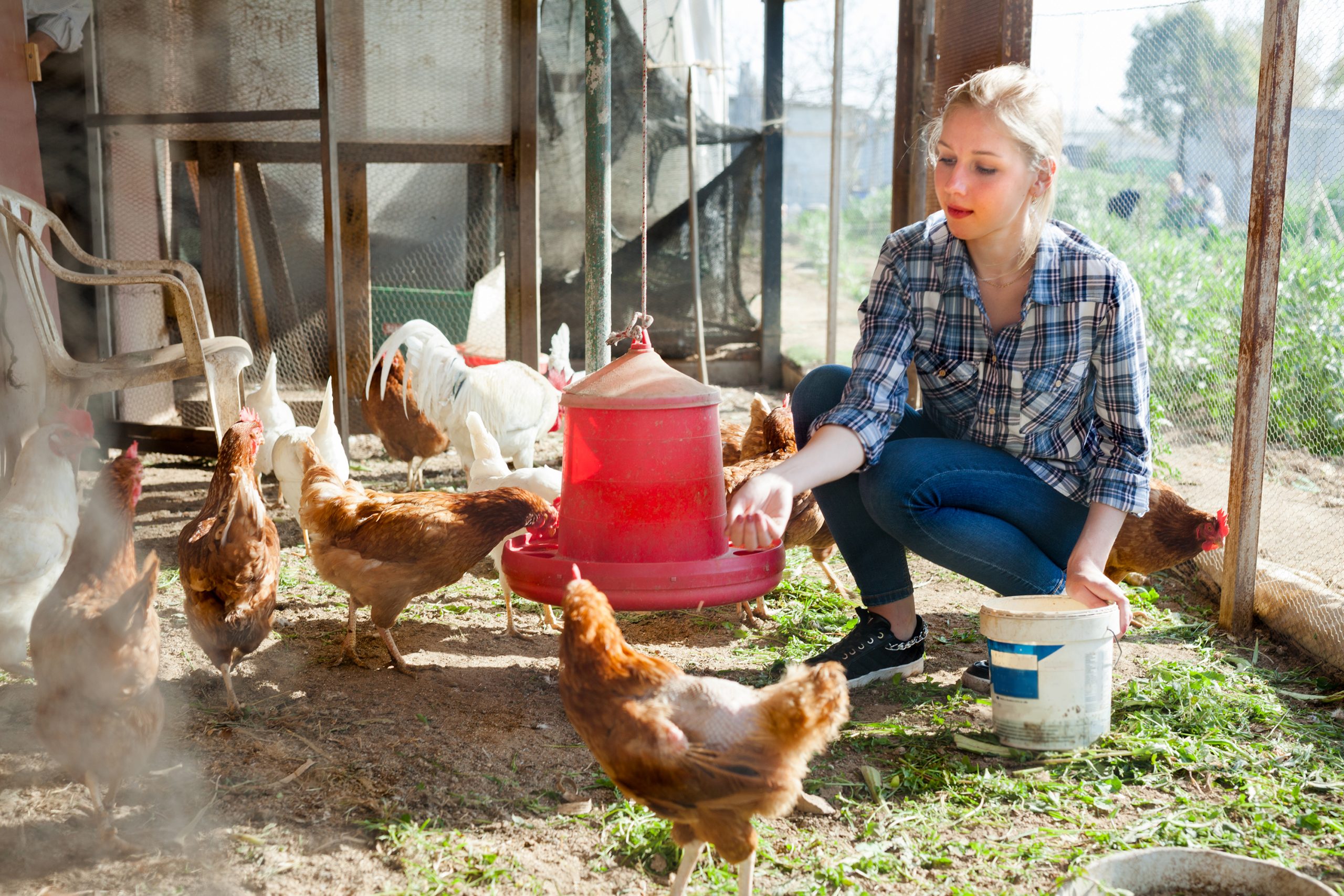 When you go out to the coop to check for eggs, you should do a quick coop inspection.  If you get into the habit of doing this daily you’ll prevent yourself from having to deal with a smelly coop.  A coop that isn’t cleaned frequently can knock you off of your feet when you enter it.

The first thing that you’ll want to clean out is the nesting space.  Remove any feathers, poop or debris from the nesting boxes.  Make sure that they are lined with clean shavings.  Use pine shavings inside of the coop, not straw or cedar shavings.  Straw can harbor mites and cedar shavings can cause respiratory problems.

It’s a good idea to keep a 4” putty knife in the coop.  This makes it really easy to scrape poop off of boards and roosting bars.  Each day, grab your putty knife and do a quick scrape of the surfaces to remove poop.  You can either scrape the poop and debris into the floor of the coop or into a bucket and remove from the coop every few days.  Remember that chicken manure makes excellent fertilizer for your garden!

It’s also a good idea to keep a bottle of coop deodorizer in the coop.  You can find coop deodorizers that have special enzymes in them to help break down the waste.  One of our favorites is Chick Fresh.

The deep litter method doesn’t require you to clean the coop weekly.  Instead, you’ll allow the manure and shavings to start breaking down naturally on their own within the coop.  Simply add fresh shavings to the floor of the coop as needed to keep it clean.  Before adding fresh shavings, use a pitchfork to turn over the shavings.

A coop that is using the deep litter method shouldn’t stink.  If the coop starts to smell bad, remove the soiled bedding.

When you completely strip the bedding out of the coop, you can clean it up with a chlorhexidine solution.  This will help to sanitize the coop and leave it smelling fresh.  Allow the coop to fully dry before adding shavings back into the coop.