Carl and Gavin Rosier have found solutions to problems shared by many backyard flock owners. They are researching how to use chickens to reduce weeds and insect pests in corn and soybean fields. Sponsored by the Rodale Institute, their test area is on Etzel’s Sugar Grove Farm about ten miles north of Cedar Rapids, Iowa.

The problem? They live a half hour drive south of their chickens, so it’s not easy to just saunter out to the coop to check on the birds, deliver water or food, or shoo off predators. The coop is way out in a farm field. No electricity to plug in water heaters or power anything.

The solution. The father and son team developed ways to manage their hens effectively without electricity. How they do it could help any backyard flock owner who doesn’t have regular electric power in the coop. Here’s what they did:

Checking in on the Hens from Miles Away

“We mounted a simple remote camera on a plastic pipe about 30 feet away from the coop and run with the lens pointed at it,” said Carl Rosier. It is battery powered. Every morning he can check the coop from his home miles away via an app on his cellphone. “I can instantly tell if everything’s ok there. Or, if there’s a problem I know I need to hustle right out and fix it,” he said.

Remote cameras are readily available online and in electronics stores. They cost about $150 and are easy to install and move.

Keeping Raccoons and Foxes at Bay

The coop at Sugar Grove Farm is near Otter Creek. Raccoons and foxes love living in the streambank woods and forage widely. A tasty hen would make their day. But Carl and Gavin can’t lose the chickens which are important to their research. So, they surrounded the coop with 400 feet of wire mesh fencing that keeps chickens in and predators out. It is energized by a photovoltaic (solar energy collector) that charges a battery.
“Any raccoon that tries to get through is going to get a jolting surprise that will send him running,” said Carl.

A second defense against hungry predators is a stout coop with doors secured after dark. Carl and Gavin installed a commercial pop hole door. It is controlled by either a photocell or timer. The automatic door closes at sunset and opens when the sun peeks above the horizon the following morning. “Our door securely locks when it closes so predators would never be able to force it open,” explained Gavin. It runs on four AA batteries that last at least a few weeks before they’re depleted.

Probably the biggest problem facing the Rosier’s chickens is keeping drinking water liquid when the temperature plunges. “As far as I know there is no commercial product that keeps chicken waterers unfrozen away from electricity. So, we invented one,” said Carl. Four small solar cells charge a battery that powers an aquarium heater and aerator. “These are made for people keeping tropical fish and draw very little electrical power,” said Gavin. Salt water freezes at a lower temperature than freshwater, so Gavin and Carl filled several empty, plastic pop bottles with salty water and placed them in the bucket. “The salt water helps hold warmth, keeping the fresh water unfrozen longer,” said Gavin noted.

They did a few other things to help keep water liquid. These included insulating the outside of the water container and securing it with black duct tape that absorbs the sun’s heat. The waterer is positioned on the south side of the coop where winter sunlight hits it.

Hiring an electrician to run standard power to a backyard coop is a worthy investment. It’s handy to have electricity to run lights, standard water heaters, fans, and even power tools. Unfortunately, not every flock owner has the luxury of being able to run a wire to the coop. The innovations Carl and Gavin Rosier have made to keep their flock safe and comfortable can be used in nearly any off the grid coop. 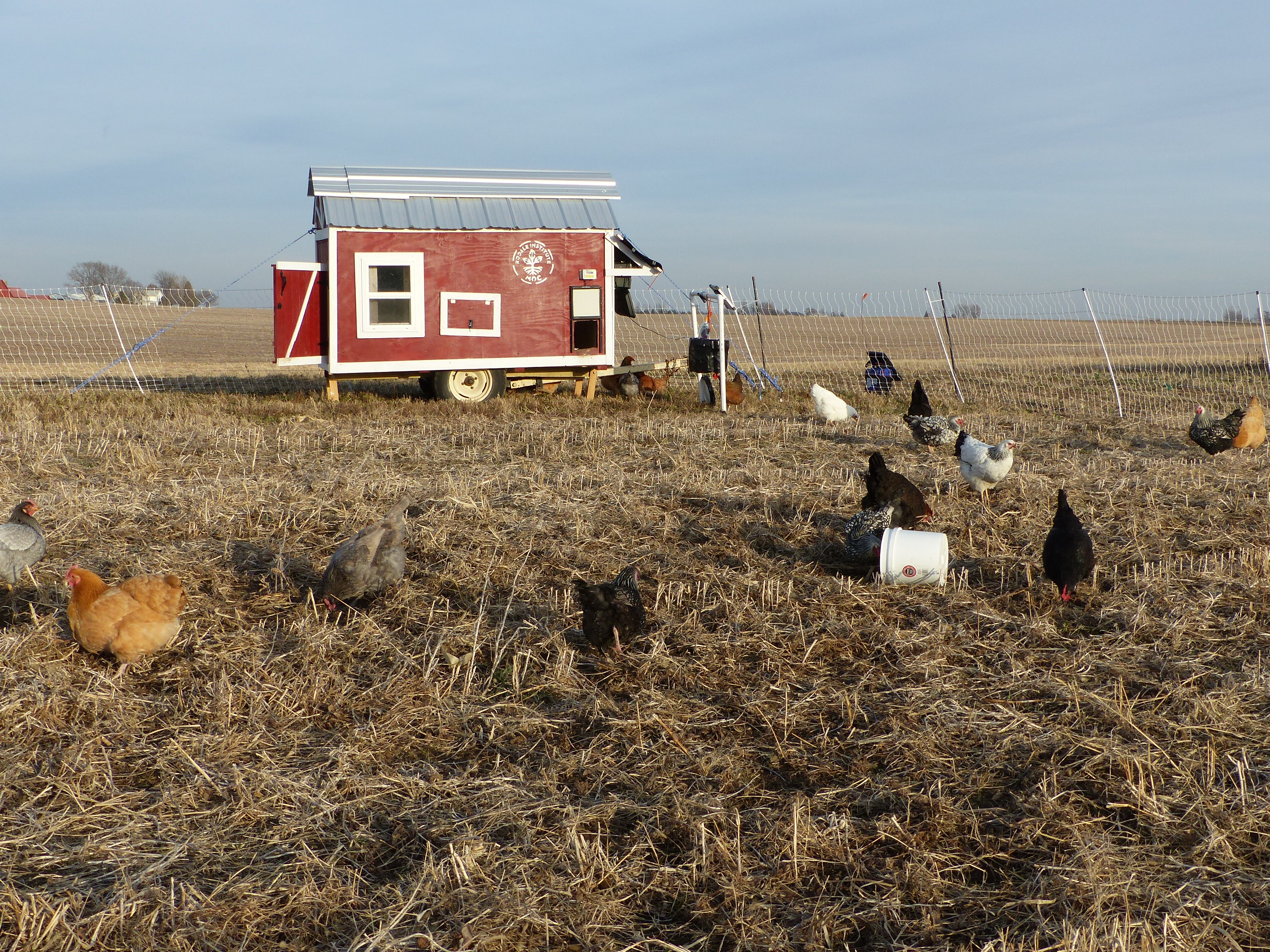