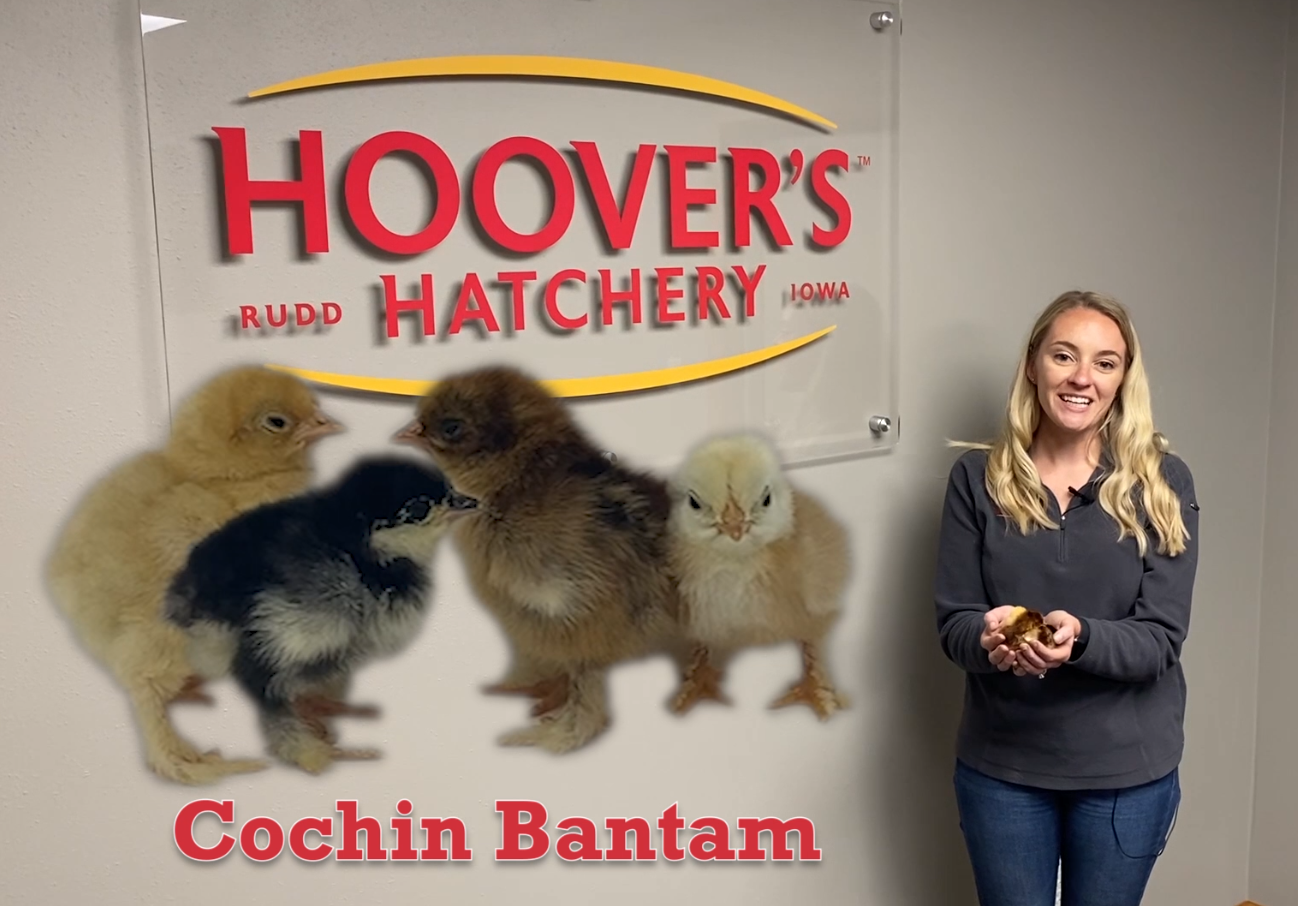 Cochins were introduced to the United States around 1850 from China. Cochin Bantams are friendly, docile chickens that tend to be submissive when kept with more aggressive breeds. They require good-quality feed and mature in two years. They make good pets and are excellent brooders because of their calm, maternal nature. If you love the look of Cochin Bantams but want a larger bird, check out our standard sized Cochins.

Buff Cochin Bantams are a very popular Cochin Bantam. Their golden buff color, with their red comb, make them eye-catching in any flock. Their feet are feathered both as chicks and adults. The females lay approximately 104 small brown eggs each year and weigh two to three pounds at maturity. The chicks have some variation in their buff color but grow into the beautiful gold buff as they mature.

The beautiful red and black lacing of the Partridge Cochin Bantam makes it a very unique and picturesque addition to any flock. Like their counterparts, the Partridge Cochin has feathered feet, lay approximately 104 small brown eggs, and weighs about two to three pounds as mature adults. Chicks have dark brown stripes and tan-colored bellies. They have feathered feet and have some color variation in their down feathers.

Everyone needs a red bird in their flock, and the Red Cochin Bantam is a great option. Their feathers will be different hues of red, giving them a distinct coloring. The females lay approximately 104 small brown eggs each year and the adults will weigh two to three pounds upon maturity. Their feet are also feathered as soon as they hatch. Chicks have down feathers that will be a variation of orange to red-colored.