The distinctive markings of the Magpie breed make it unique among ducks and a beautiful addition to any flock. The back, tail, and top
of the head are either black or blue, while the remainder of the bird is white with sharp, clear distinctions between the white and colored areas. This Welsh breed was developed in the 1900s by M.C. Gower Williams and Oliver Drake as a beautiful yet productive bird. It is believed to have been created from a mix of Runner, Huttegem, and Termonde ducks. The Magpie first arrived in the United States in the 1960s, and they are regarded as fine egg producers. They are active foragers as well. 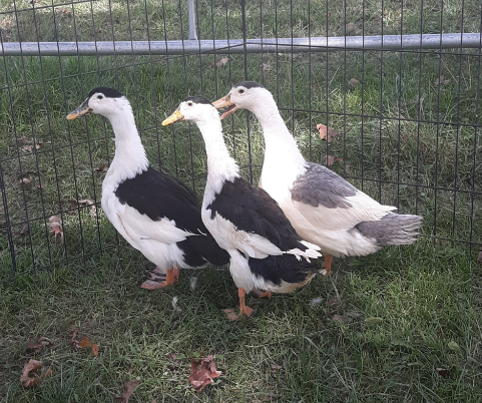