The Minorca is a large, angular, rugged breed originating from Spain. More specifically, they originated on the island of Minorca off the east coast of Spain, descending from the local black chickens that have inhabited the region for centuries. They are the largest of the Mediterranean breeds and are characterized by their long, sloping backs, long legs, and large white earlobes. The Minorca first arrived in the U.S. in the 1880’s and it was highly prized as a layer of large chalk-white eggs. Minorcas are an active breed and do quite well in free-range situations. We offer the Black variety in both Single comb and rose comb. The single comb variety is well-known for its extra-large comb that lops over to one side on the females. 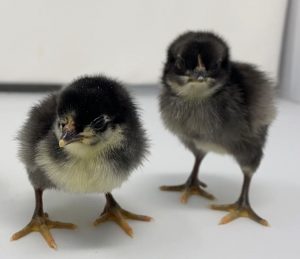